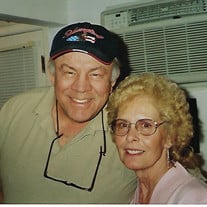 Wantage - Victor I. Gailums, age 78, passed away on Wednesday, May 22, 2019 at Overlook Hospital in Summit. Born in Riga, Latvia to the late Henry and Olga (Ribkinskis) Gailums, Victor came to the Unites States on a boat and grew up in Andover. He graduated from Newton High School in 1960 and received a full football scholarship to Lafayette College. While in college, he was featured in Sports Illustrated as one of the top athletes at the time and was also a prospect to being drafted to the Brooklyn Dodgers. Victor enlisted in the United States Army during the Vietnam Era and remained active in sports, where he played on their baseball team. When he returned home from the Army, Victor started his own business as a mason, Gailums Brothers Construction in Stanhope, retiring ten years ago. Victor was a member of the American Legion and the New Jersey Society of the Sons of the American Revolution. He continued his love for sports and enjoyed watching his favorite teams; the Cleveland Indians and the Boston Celtics. Victor was known for his sports talks, political views, his gentleness, and also for being a no nonsense kind of guy who never sugar coated any situation or story. Besides his interest in sports, Victor liked to watch Jeopardy, Matlock, Lone Ranger, and motocross and listening to country music. He enjoyed spending time with his family and friends; especially his time in Lake George with his late wife, Cassandra. Victor had a impeccable work ethic and told everyone he met that one should never miss work. He was a good friend and always saw the good in people. Besides his parents, Victor was predeceased his loving wife of 46 years, Cassandra in 2016. He is survived by his two sons, Victor J. Gailums of Sussex and Gary Gailums and his wife Leeann of Sussex; his daughter, Diana Lepes and her husband Mike of Glen Spey, New York; his five grandchildren, Eric Lepes, Jordan Lepes, Gary Gailums, Jr., Gavin Gailums, and Kayla Gailums; his sister, Valentina Gailums-Szczesny and her husband Stan Szczesny of Stanhope; his brothers, Jim Gailums and his wife Jackie of Byram and George Gailums and his wife Candace of Budd Lake; his best friend, Dave “Tubby” Dellorusso of Andover that he spent much of his time with at the Lenape Lodge; his feline companion, Sami; and many nieces, nephews, and friends. Friends may pay their respects to the family at 4 p.m. on Saturday, June 1, 2019 for a celebration of life held at the American Legion Post 213, 915 State Route 23, Sussex. In lieu of flowers, the family requests that memorial donations may be made in Victor’s memory to the American Legion Post 213 in Sussex. Private services have been entrusted to the Pinkel Funeral Home, 31 Bank Street (Route 23), Sussex. Online condolences may be offered to the family at www.pinkelfuneralhome.com

Wantage - Victor I. Gailums, age 78, passed away on Wednesday, May 22, 2019 at Overlook Hospital in Summit. Born in Riga, Latvia to the late Henry and Olga (Ribkinskis) Gailums, Victor came to the Unites States on a boat and grew up in Andover.... View Obituary & Service Information

The family of Victor I. Gailums created this Life Tributes page to make it easy to share your memories.

Send flowers to the Gailums family.