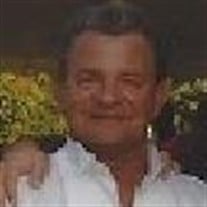 Wantage- Thomas W. Rafferty, Jr., age 71, passed away on Sunday, February 19, 2017 at Lower Cape Fear Hospice and Life Care Center in Wilmington, North Carolina. Born in Paterson to the late Thomas W. Rafferty, Sr. and Ida (Post) Rafferty, Tom lived in Oakland before moving to Wantage. He had been the owner and operator of Prompt Lift Truck in Paterson before his retirement. Mr. Rafferty was predeceased by his wife, Charlene on September 21, 2016 and his twin brother, Joseph H. Rafferty on August 8, 2007. He is survived by his three daughters, Tara Buchell and her husband John of Rocky Point, North Carolina, Shannon Fletcher and her husband Victor of Hampstead, North Carolina, and Michele Wingle and her husband John of Frankford Twp. and his six grandchildren, Kailyn, Rylee, Sienna, Jaedyn, Keirra, and Gianna. Private funeral services and entombment were held at the convenience of the family. Funeral arrangements have been entrusted to the Pinkel Funeral Home, 31 Bank Street (Route 23), Sussex. Online condolences may be offered to the family at www.pinkelfuneralhome.com.

The family of Thomas W. Rafferty Jr. created this Life Tributes page to make it easy to share your memories.

Send flowers to the Rafferty family.