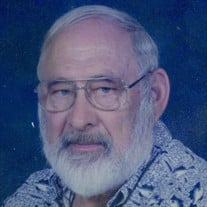 Edgewater, FL – Robert A Fuller, age 85, passed away on Saturday, October 20, 2018 at the Veterans Administration Nursing Home in Daytona Beach, FL after a lengthy illness. Robert was born in Sussex to the late James E. and Josephine (Kaweske) Fuller and is a graduate of Sussex High School. He served in the United States Army as Military Police while stationed in Nashville, TN. Robert settled in the Colesville section of Wantage, where he had several businesses, including the Elias Cole Restaurant. Robert was a member of the Colesville Volunteer Fire Department, where he held the rank of Captain. Robert met his second wife, Ruth and the couple moved to Alexandria Bay, NY where they opened the Bay House Restaurant. Robert continued to build various dwellings in Alexandria Bay before accepting a position with the NY State Parks system. Robert served as a jack of all trades while working at Keewaydin State Park in Alexandria Bay during the spring and summer months until his retirement in 2001. During the colder months and after retirement, he and his wife spent their time in Edgewater, Florida where they had many friends and family. Robert was an avid wood worker, enjoying the building of numerous items; including furniture, chairs and bird houses, as well as, cooking and going to flea markets. His true love was his cat, Seal, which predeceased him. Besides his parents, Robert was predeceased by his sister, Lorraine Fuller Droszcz. Robert is survived by his wife, Ruth (Coulson) of 34 years; his daughter, Rebecca Fuller of Fairbanks, Alaska; his son, Kyle Fuller of Port Jervis, New York; three step-sons, Randy Coulson of Reedville, Virginia, William Coulson of New Smyrna Beach, Florida and Scott Coulson of Palm Coast, Florida; one granddaughter, Melissa Fuller and great granddaughter Paeton of Port Jervis, New York. A memorial service will be held at 2 p.m. on Saturday, November 17, 2018 at the Pinkel Funeral Home, 31 Bank Street (Route 23), Sussex. Friends may pay their respects to the family from 1 p.m. to 2 p.m. at the funeral home prior to the memorial service. Interment of ashes will be privately held at the family plot in Fairview Cemetery in Wantage. In lieu of flowers, the family requests that memorial donations may be made in Robert Fuller’s memory to the Colesville Company of the Wantage Fire Department, 1202 Route 23, Wantage, NJ 07461.

Edgewater, FL &#8211; Robert A Fuller, age 85, passed away on Saturday, October 20, 2018 at the Veterans Administration Nursing Home in Daytona Beach, FL after a lengthy illness. Robert was born in Sussex to the late James E. and Josephine (Kaweske)... View Obituary & Service Information

The family of Robert A. Fuller created this Life Tributes page to make it easy to share your memories.

Send flowers to the Fuller family.