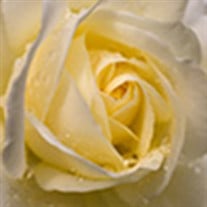 Wantage - Richard H. Lasslett, age 78, passed away on Saturday, August 23, 2014 at the Homestead Rehabilitation and Healthcare Center. Born in Paterson to the late Howard S. and Louise A. (Morrison) Lasslett, he had lived in Newfoundland for 42 years before moving to Sussex County six years ago. Mr. Lasslett received his Bachelor Degree from Steven's Institute and had served in the United States Army for two years after graduating college. He worked as a Sterilization Engineer at Ethicon, Inc. in Somerville and had retired in 2003. Mr. Lasslett was an active member of the Church of the Good Shepherd and was involved with various ministries; including Bea's Kitchen, the Good Shepherd Food Pantry and the Harvest House. He had a strong faith, enjoyed helping others and was always ready to lend a hand. Mr. Lasslett inherited his father's tradition of gardening and cultivated both flowers and vegetables in his own backyard. He was predeceased by his wife, Janet E. (Ricker) Lasslett on April 18, 2013. He is survived by his six sons, Mark R. of Gaithersburg, MD, Timothy S. of Marshalls Creek, PA, Jon H. of Vernon, Christopher T. of Byram, Patrick M. of Stillwater and Stephen P. of Kalispell, Montana; his daughter, Lisa E. Hanna of Stillwater; his sister, Dorothy Fisk of Cooperstown, NY; and 13 grandchildren. Funeral services will be held at 11 a.m. on Friday, August 29, 2014 at the Church of the Good Shepherd, 200 State Route 23, Wantage. Friends may pay their respects to the family on Thursday from 5-8 p.m. at the Pinkel Funeral Home, 31 Bank Street (Route 23), Sussex. In lieu of flowers, the family requests that memorial donations may be made to The Church of the Good Shepherd, Food Pantry, 200 State Route 23, Sussex, NJ 07461. Online condolences may be offered to the family at www.pinkelfuneralhome.com

Wantage - Richard H. Lasslett, age 78, passed away on Saturday, August 23, 2014 at the Homestead Rehabilitation and Healthcare Center. Born in Paterson to the late Howard S. and Louise A. (Morrison) Lasslett, he had lived in Newfoundland for... View Obituary & Service Information

The family of Richard H. Lasslett created this Life Tributes page to make it easy to share your memories.

Send flowers to the Lasslett family.