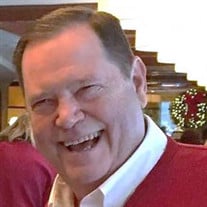 Branchville - Nelson F. Hinkley, age 72, unexpectedly passed away on Thursday, November 9, 2017 at his home. Born in Lookout, Pennsylvania to the late Frank and Louise (Jennings) Hinkley, Nelson served in the United States Army in Korea during the Vietnam War. He had lived in Sussex County for most of his life. Nelson was an owner and operator of Hinkley Auto Sales located in Montague and Andover. Through the dealership, Nelson has donated cars to Project Self-Sufficiency, park benches to the Sussex County Homestead, and other community needs. He was involved with the Pass It Along Scholar Athlete Program and was a member of the Sussex County Chamber of Commerce. Before Nelson opened his own business, he was the used car manager and assistant vice-president at Condit Motors in Hampton for many years. While employed at Condit Ford, he was honored by Ford Motor Company with membership in its prestigious Professional Sales Managers Society. He was also involved with many community activities during his employment at Condit Ford and was recognized for starting a food drive for the county’s needy at the dealership with John Matthews. Due to his love for country music, Nelson was noted for bringing many famous county music singers to Sussex County; including Willie Nelson, and Crystal Gayle. He loved his family and cars. Nelson is survived by his wife, Jeanette (Aukema) Hinkley; his daughter, Allison Hinkley of Florida; his two sons, Thomas Rusticus of Montague and Jacob Rusticus of Indianapolis, Indiana; his sister, Eloise Kelsey of Deposit, New York; nine grandchildren; and two great grandchildren. Private cremation services for the family have been entrusted to the Pinkel Funeral Home, 31 Bank Street (Route 23), Sussex. In lieu of flowers, the family requests that memorial donations may be made to St. Jude Children’s Research Hospital, 501 St. Jude Place, Memphis, TN 38105. Online condolences may be offered to the family at www.pinkelfuneralhome.com

Branchville - Nelson F. Hinkley, age 72, unexpectedly passed away on Thursday, November 9, 2017 at his home. Born in Lookout, Pennsylvania to the late Frank and Louise (Jennings) Hinkley, Nelson served in the United States Army in Korea during... View Obituary & Service Information

The family of Nelson F. Hinkley created this Life Tributes page to make it easy to share your memories.

Send flowers to the Hinkley family.