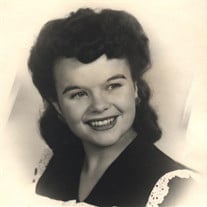 Dallas, PA - Marilyn Sorchik, age 91, was called Home to be with The Lord on Wednesday, June 26, 2019 at Meadows Nursing and Rehabilitation in Dallas, Pennsylvania. Born in Sussex to the late Alfred and Ethel (Hovencamp) Fusco, Mrs. Sorchik had lived most of her life in Sussex County before moving to Dallas, Pennsylvania 7 years ago. After graduating from Sussex High School, Mrs. Sorchik worked for Farmer’s National Bank in Sussex and then raised five children full time in Wantage. She decided to go back to school and became an LPN through classes she took at Sussex Tech. After receiving her LPN, Mrs. Sorchik was employed at Barn Hill Care Center in Newton from age 52 into her 70's. After she retired from Barn Hill Care Center, she volunteered at the Newton Court House as a receptionist and worked at Green Thumb in Newton to help people over the age of 55 find and secure jobs. Mrs. Sorchik also was employed by Karen Ann Quinlan Center of Hope Hospice in Newton as a bookkeeper for 8 years. She was a former member of the Wantage United Methodist Church, where she served as a lay leader, Sunday School teacher, sang in the choir and cleaned the church. After moving to Dallas, Pennsylvania, Mrs. Sorchik became a member of the Dallas United Methodist Church. She is survived by her four sons, Eric Sorchik and his wife Penny of New Egypt, New Jersey, Scott Sorchik and his wife Betty of Harveys Lake, PA, Lance Sorchik and his wife Diane of Sussex, and Brent Sorchik and his wife Marta of Kennesaw, Georgia; her daughter, Gail Couture and her husband Jon of Glencoe, Illinois; four grandchildren; and two great grandchildren. Funeral services will be held at 11 a.m. on Monday, July 1, 2019 at the Pinkel Funeral Home, 31 Bank Street (Route 23), Sussex. Interment to follow at Fairview Cemetery. Friends may pay their respects to the family one hour prior to the service from 10 a.m. to 11 a.m. at the funeral home. In lieu of flowers, the family requests that memorial donations may be made in Marilyn Sorchik’s memory to Wantage United Methodist Church, 199 Route 650, Wantage, NJ 07461. Online condolences may be offered to the family at www.pinkelfuneralhome.com

Dallas, PA - Marilyn Sorchik, age 91, was called Home to be with The Lord on Wednesday, June 26, 2019 at Meadows Nursing and Rehabilitation in Dallas, Pennsylvania. Born in Sussex to the late Alfred and Ethel (Hovencamp) Fusco, Mrs. Sorchik... View Obituary & Service Information

The family of Marilyn Sorchik created this Life Tributes page to make it easy to share your memories.

Send flowers to the Sorchik family.