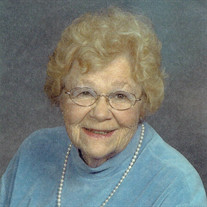 Wantage – Margaret J. “Peg” (Gilman) Checkur, 87, passed away peacefully with loving family by her side on Thursday, May 25, 2017 in Las Vegas, NV, after suffering several heart attacks. Peg was born on November 18, 1929, in Sussex and, after a brief time living in Brooklyn, her family moved to the Quarryville section of Wantage. She was the daughter of the late Charles and Jane Lott Gilman. Peg was pre-deceased by her daughter Jane L. Fleming in 1997 and her brother David Payne in 2009. She is survived by Geoff Fleming and his wife Kathy, Paul J. “Pete” Checkur and his wife Lisa, Charles G. “Matthew” Checkur, Dimitri Thomas Checkur and his wife Barbara, and Tanya Margaret Bischoff. She was equally blessed with grandchildren: Jason, Jessica, Julia, Jake, Kara, Erik, Thomas, Kimberly, Kevin, Leah, Kalli and a great-grandson, Jaxon. Peg is also survived by her sister, Dr. Irene “Pat” Gilman and brother Richard Nemeth and his wife Lisa. Upon graduating from Sussex High School in 1947, Peg attended the NJ College for Women, now Douglass College, and also earned a Master’s Degree from Kean University. For 38 years, she was a dedicated primary school teacher in the Woodbridge Twp. School District, while living in Colonia NJ, where she raised her six children. Upon retiring from teaching in 1989, Peg returned to the Gilman Farm on Lott Road. There she cared for her mother Jane Giman, who passed away in 1997. A devout, faithful member of the First Presbyterian Church of Sussex, she was also a member of the Red Hat Society and Friends of the Sussex County Library. She enjoyed gardening, knitting, quilting, baking, and making jelly and had a passion for art, painting, and genealogy. She took pleasure in researching her family’s genealogy, enabling her family to join the DAR and related American Revolutionary associations. Most of all, she adored family and the extended network of friends and loved ones in her life. She gifted many with her love for people, good stories and her endearing smile. Peg was a proud member of the Chinkchewunska Chapter, National Society of the Daughter’s of the American Revolution and served as regent of the local chapter of the Children of the American Revolution. She spent many hours promoting the DAR’s Rev. Elias Van Bunschooten Museum and made period clothing for the children and adults. Most of all, she enjoyed people and visitors who shared a passion for preservation, patriotism and education. Graveside funeral services will be held at 11 a.m. on Friday, June 2, 2017 at North Hardyston Cemetery, Route 94, Hardyston. A celebration of life will be held at the family farm at a later date. In lieu of flowers, the family has asked that donations be made to the First Presbyterian Church of Sussex, 21 Unionville Ave., Sussex, NJ 07461. Friends may pay their condolences to the family at www.pinkelfuneralhome.com

The family of Margaret J. Checkur created this Life Tributes page to make it easy to share your memories.

Send flowers to the Checkur family.