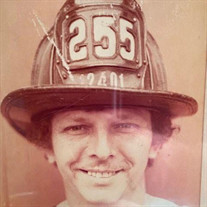 Wantage - Leo P. Sandomierski, Jr., age 79, of Wantage passed away at home on Wednesday, March 23, 2022. Born in Staten Island, New York, Leo was the eldest child to the late Leo P. Sandomierski, Sr. and Mary Sandomierski. He lived in Staten Island, New York before moving to Wantage, New Jersey. Leo served in the US Air Force as an AF1 during the Vietnam War and was stationed in Turkey. After his discharge, Leo became a New York City Fireman and retired after 22 years of service. He was a long-time member of the Goodland Country Club. Besides his parents, Leo was preceded in death by his wife, Marie and their beloved dog, Fledermaus. He is survived by his three children, Judith Sandomierski, Leo P. Sandomierski, III and his wife Kim, and Jane Lyons and her husband Chris; his former wife, Judith; his seven grandchildren and two great grandchildren; his “second son,” Mark DeFazio; his five siblings, James Sandomierski and his wife Claire, Maryanne Lange, Margaret Sandomierski, Marian Sandomierski, and John Sandomierski and his wife Barbara; and three nieces, a nephew and their children. Leo is also survived by his long-time companion, Nancy Redling, her two children and three grandchildren. There will be no services at this time. In lieu of flowers, please consider a donation in Leo’s memory to the FDNY or The Humane Society. Funeral services have been entrusted to the Pinkel Funeral Home, 31 Bank Street (Route 23), Sussex. Online condolences may be offered to the family at www.pinkelfuneralhome.com

The family of Leo P. Sandomierski Jr. created this Life Tributes page to make it easy to share your memories.

Send flowers to the Sandomierski family.