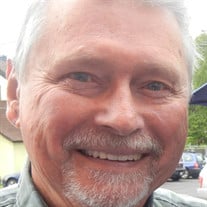 Sussex - Kenneth Lutz, age 89, of Sussex Borough, passed away peacefully on Tuesday, April 16, 2019 at Morris View Healthcare Center in Morris Plains. Ken was born in Brooklyn to the late Harold and Gertrude (Downes) Lutz, his family moved to New Jersey in 1941. He graduated Pompton Lakes High School and proudly served in the United States Army from 1951-1953 during the Korean conflict. He held supervisory positions with several electronics firms throughout his career. Ken was very active in his community, serving on the Recreation Commission, the Planning and Zoning Board and the Board of Health. He was a member of St. Monica R.C. Church in Sussex, the Sussex First Aid Squad for 10 years, the American Legion Post 213 in Wantage, the Masonic Lodge, and served on the Sussex Borough Council in the late 80s. Ken was active in local, county, and state politics. He was a Sussex County Democratic Committeeman and Sussex County Representative to the state Democratic Party. Ken enjoyed being outdoors working around the yard, playing golf with friends, and spending time with his family. Ken was predeceased by his loving wife of 45 years, Josephine D. Lutz in 2008; his son, Ronald French, and his brother, Harold Lutz. He is survived by his daughter, Laura Barber and her husband Chris of Branchville; his grandchildren, Ronnie and Kenny French; and his nieces and nephews, Hilary Micalizzi, Walter Lutz, Kurt Lutz, and Dana Skinner. Funeral services will be held on Monday, April 22, 2019 at 11 a.m. from the Pinkel Funeral Home, 31 Bank Street (Route 23), Sussex. Mass of Christian Burial will be celebrated at 11:30 a.m. at St. Monica R.C. church, 33 Unionville Avenue, Sussex. Interment and military honors to follow at Northern New Jersey Veterans Memorial Cemetery. Friends may pay their respects to the family on Monday prior to the funeral service from 9:30 a.m. to 11 a.m. at the funeral home. In lieu of flowers, the family requests that memorial donation may be made in Ken's memory to the American Legion Post 213, P.O. Box 447, Sussex, NJ 07461, the Sussex First Aid Squad, 25 Loomis Avenue, Sussex, NJ 07461, or to St. Monica R.C. Church, 33 Unionville Avenue, Sussex, NJ 07461. Online condolences may be offered to the family at www.pinkelfuneralhome.com

The family of Kenneth C. Lutz created this Life Tributes page to make it easy to share your memories.

Send flowers to the Lutz family.