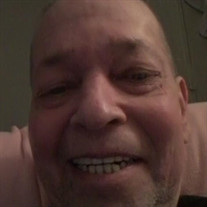 Sparta - Kenneth “Dale” Burse. age 64, passed away on Monday, October 22, 2018 at Lakeview Rehabilitation and Care Center in Wayne after a lengthy illness. Born and raised in Sussex to the late William “Roy” and Nina (Adams) Burse, Dale lived in Christiansburg, Virginia for several years before returning to Sussex County. He had been employed as the Manager of Rockaway Sales in Franklin for 30 years before the store closed. Dale enjoyed fishing and spending time with his family. Besides his parents, he was predeceased by his brother, Harold Burse. Dale is survived by his wife of 38 years, Cindy Bennett; his daughters, Stephanie Burse of Sussex and Christine Zolinger of Tennessee; his sons, Jason Burse and his wife Amanda of Flanders and Austin Burse of Hackettstown; his brother, Rex Burse of Wantage; his sisters, Catherine Walker of Montague and Patty O’Brien of Ogdensburg; his grandchildren, Chelsea, Owen, Leland, Colton, Logan, Will, Tommy, Gracie; and one expecting grandson. The family plans to have a memorial celebration of Dale’s life on Tuesday, October 30, 2018 from 12 noon to 4 p.m. at the Sussex Fire Department, 25 Loomis Avenue, Sussex. In lieu of flowers, the family requests that memorial donations may be made to Kenneth “Dale” Burse’s memory to the Sussex Fire Department, 25 Loomis Ave., Sussex, NJ 07461. Private cremation services have been entrusted to the Pinkel Funeral Home, 31 Bank Street (Route 23), Sussex, New Jersey. Online condolences may be offered to the family at www.pinkelfuneralhome.com

The family of Kenneth "Dale" Burse created this Life Tributes page to make it easy to share your memories.

Send flowers to the Burse family.