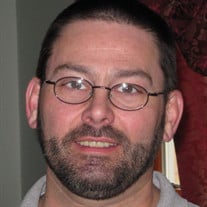 Hawley - John K. Parry, age 54, passed away on Tuesday, July 16, 2019 at Bon Secours Community Hospital in Port Jervis, New York. Born in the Flushing section of Queens, New York, John was raised in Kinnelon, New Jersey and moved to Hawley, Pennsylvania in 2012. He was a partner and driver for Danabella Foods in Perkasie, Pennsylvania. He is survived by his wife, Christine Fluhr; his son, Jacob R. Parry of Hawley, PA; his parents, James F. and June (Kennard) Parry of Hartwick, New York; his brother, Jim Parry of Buffalo, New York; and his sisters, Jackie Parry of Laurens, New York and Judy Parry and her wife Jen Savino of Tampa, Florida. Memorial services will be held at 2 p.m. on Sunday, August 4, 2019 at the Pinkel Funeral Home, 31 Bank Street (Route 23), Sussex. Friends may pay their respects to the family one hour prior to the service from 1 p.m. to 2 p.m. at the funeral home. The family encourages everyone who plans to attend to dress in colors other than black. This is a celebration of John's life and all are urged to dress accordingly. Private cremation services were held at the convenience of the family. In lieu of flowers, the family requests that memorial donations may be made to the Pike County Humane Society, 186 Lee Road, Shohola, PA 18458. Online condolences may be offered to the family at www.pinkelfuneralhome.com

The family of John Kennard Parry created this Life Tributes page to make it easy to share your memories.

Send flowers to the Parry family.