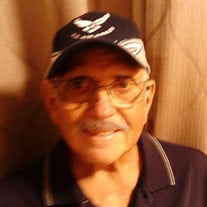 Sussex - John Davey, age 69, passed away on Tuesday, September 29, 2015 at his residence. Born in Carbondale, Pennsylvania on October 26, 1945 to the late John and Barbara (Trella) Davey, John moved to Sussex 50 years ago. He graduated Sussex High School in 1963 and had served with the United States Air Force for four years during the Vietnam War. John was Past Commander and an active life member of the American Legion Charles Auberger Post 213 of Sussex. For many years, he dedicated his time towards raising monies for their annual American Legion Scholarship Program and was actively involved in their Golf Outing and Chicken BBQ dinners. John served also served as a past County Commander. He had been employed with A T & T for 31 years. His last years of service were for International Carribbean Communications, where he was in charge of under the sea cable restoration for the Carribbean and South America. John is survived by his wife of 51 years, Diana (Simmons); his son, Christopher Davey and his wife Maureen (Henry) of Lumberton; his daughters, Deborah Sparling and her husband Bruce of Dayville, Connecticut and Robyn Paiva and her husband Kevin of Byram; five grandchildren, Christopher and Eric Davey, Dylan and Julia Paiva and Annabelle Sparling; his brother, Patrick Davey of Cedarville, Ohio; many nieces and nephews; his sister-in-laws, Jean Redd, Carolyn Morris, and Janice Dering; and his brother-in-law, Benjamin Simmons. Memorial services will be held at 6 p.m. on Monday, October 5, 2015 at the Pinkel Funeral Home, 31 Bank Street (Route 23), Sussex. Friends may pay their respects to the family on Monday prior to the service from 3 p.m. to 6 p.m. at the funeral home. Private burial services will be held at the convenience of the family. In lieu of flowers, the family requests that memorial donations may be made in John's memory to the American Legion Post 213, Scholarship Fund, P.O. Box 447, Sussex, NJ 07461 Online condolences may be offered to the family at www.pinkelfuneralhome.com

Sussex - John Davey, age 69, passed away on Tuesday, September 29, 2015 at his residence. Born in Carbondale, Pennsylvania on October 26, 1945 to the late John and Barbara (Trella) Davey, John moved to Sussex 50 years ago. He graduated Sussex... View Obituary & Service Information

The family of John Davey created this Life Tributes page to make it easy to share your memories.

Send flowers to the Davey family.