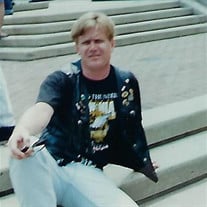 Wantage - Edward J. Douglas, age 63, unexpectedly passed away on Saturday, March 31, 2018 at Bon Secours Community Hospital in Port Jervis, New York. Born and raised in Philadelphia, PA to the late Joseph J. and Mary R. (Brady) Douglas, Edward has lived in Sussex County since 2006. He was a valued employee with the United Parcel Service (UPS) for the past 24 years. Edward was also an avid skier and had been a ski instructor at Craigmeur Ski Resort in Green Pond for many years. He was a motorcycle enthusiastic and a professional road racer. He is survived by his loving wife, Lori (McGarrah); his sons, Edward F. Douglas of Philadelphia and Frank Douglas and his wife Nicole of Perkasie, PA; his daughters, Nora Douglas of Philadelphia, Coleen Douglas and her husband Jason of Souderton, PA, and Meredith Douglas of Wantage; his sisters, Ann of Georgia and Kathleen of Philadelphia, PA; and his granddaughter, Katerina. Funeral services will be held at 8 p.m. on Friday, April 6, 2018 at the Pinkel Funeral Home, 31 Bank Street (Route 23), Sussex. Private cremation services will be held at the convenience of the family. Friends may pay their respects to the family on Friday from 2- 4 and 6-8 p.m at the funeral home. In lieu of flowers, the family requests that memorial donations may be made to St. Judes Children's Research Hospital, 501 St. Jude Place, Memphis, TN 38105 or to the Wounded Warrior Project, P.O. Box 758516, Topeka, KS 66675. Online condolences may be offered to the family at www.pinkelfuneralhome.com

The family of Edward J. Douglas created this Life Tributes page to make it easy to share your memories.

Send flowers to the Douglas family.