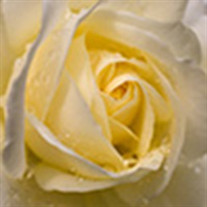 Sussex - Doris N. Pollard, age 85, passed away on Thursday, September 10, 2009 at the Sussex County Homestead. Born in the Quarryville section of Wantage to the late John and Carrie Courtright, Mrs. Pollard had graduated from the Sussex High School in 1942 and had been a resident of the Sussex-Wantage area all of her life. She had been employed in the kitchen at High Point Regional High School for 25 years and had retired 18 years ago. Mrs. Pollard was a member of the Sussex United Methodist Church and a member of the Auxiliary of the American Legion Post #213 of Sussex. She was predeceased by her husband, Donald C. in 1992; her three brothers, Tracy Cortright in 1996, John Courtright in 1985, Percy Courtright in 2004; her sisters, Dorothy 1911, Alberta 1915, Ruth in 1925, Mabel Hillard 1981, Hazel Marsh in 1991, Alice Jacobus 1991, Marion VanGorden 1995, Edith Decker in 2000, Mildred Nicholas in 2004, and Isabel Mikrut in 2005. Mrs. Pollard is survived by her two sons, Terry Pollard and his wife Donna of Apache Junction, Arizona and Donald "Butch" Pollard and his wife Gail of Sussex; her two daughters, Diane Van Leuven and her husband Mark of Sussex and Debbie Pollard and her partner Galeen Swarts of Byram; her sister, Gladys Kane of Wantage; her 9 grandchildren, Brian Vlietstra, Amy Vlietstra Kocher, Dana Pollard Cannizarro, Shane Pollard, Keri Pollard, Mariah Kweselait, Jenny VanLeuven, and Dana and Alyssa VanLeuven; her 7 great grandchildren, Christopher, Chelsey, Jaimie and Trevor Kocher, and Daniel and Dominick Cannizarro, and Caiden R. Quick; and many nieces and nephews. Funeral services will be held at 11 a.m. on Tuesday, September 15, 2009 at the Pinkel Funeral Home, 31 Bank Street (Route 23), Sussex. Interment to follow at North Hardyston Cemetery. Friends may pay their respects to the family on Monday from 4-7 p.m.. In lieu of flowers, the family requests that memorial donations may be made to the Sussex County Homestead, 129 Morris Turnpike, Newton, NJ 07860 or to the American Legion Auxiliary, P.O. Box 447, Sussex, NJ 07461. Online condolences may be made to the family on PinkelFuneralHome.net

Sussex - Doris N. Pollard, age 85, passed away on Thursday, September 10, 2009 at the Sussex County Homestead. Born in the Quarryville section of Wantage to the late John and Carrie Courtright, Mrs. Pollard had graduated from the Sussex High... View Obituary & Service Information

The family of Doris N. Pollard created this Life Tributes page to make it easy to share your memories.

Send flowers to the Pollard family.