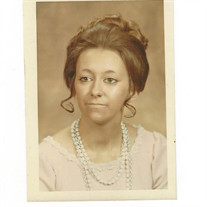 Vernon - Diane L. (Lazier) Crane, age 62, passed away on Friday, August 21, 2015 at St. Joseph's Wayne Hospital after a long illness. Born in Franklin to the late Percy and Emma Lazier, Diane had lived in Sussex County all of her life. She had been a machine operator for 15 years at the former Plastoid Corporation in Hamburg, retiring 20 years ago. Diane had attended the former Sussex Wesleyan Church and was formally an active member of the Ladies Auxiliary of the Vernon Fire Department. She was predeceased by three brothers, Wilbur Lazier, David Lazier, and Lloyd Lazier and five sisters, Ruth "Sister Jean" Rogers, Joan Gould, Genevieve Hart, Eva Keats, and Pearl Green. Diane is survived by her husband of 40 years, Joseph W. Crane, Jr.; her two sons, Joseph M. Crane and his wife Aimee of Hamburg and Kevin Crane and his significant other, Jonelle Fusco of Vernon; her two daughters, Shelly Levens and her husband Ryan of Wantage and Jennifer Crane and her husband Shawn Kiernan of Vernon; five brothers, Percy "Buck" Lazier, Jr. of Vernon, Howard Lazier and his wife Jean of Newport, VA, Phillip Lazier and his wife Susan of Sussex, Alan Lazier and his wife Jeane of Vernon, and Dale Lazier and his wife Wendy of Vernon; and her eight grandchildren. Funeral services will be held at 11 a.m. on Thursday, August 27, 2015 at the Pinkel Funeral Home, 31 Bank Street (Route 23), Sussex. Interment to follow at North Hardyston Cemetery. Friends may pay their respects to the family on Wednesday, August 26, 2015 from 2-4 and 7-9 p.m. at the funeral home. In lieu of flowers, the family requests that memorial donations may be made in Diane's memory to the Vernon Fire Dept. Ladies Auxiliary, P.O. Box 461, Vernon, NJ 07462. Online condolences may be offered to the family at www.pinkelfuneralhome.com

Vernon - Diane L. (Lazier) Crane, age 62, passed away on Friday, August 21, 2015 at St. Joseph's Wayne Hospital after a long illness. Born in Franklin to the late Percy and Emma Lazier, Diane had lived in Sussex County all of her life. She... View Obituary & Service Information

The family of Diane L Crane created this Life Tributes page to make it easy to share your memories.

Send flowers to the Crane family.