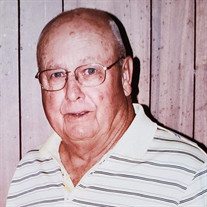 Daniel B. McIntyre (a.k.a. Dan or Mac), age 81, of Dingmans Ferry, PA passed away peacefully at home on Wednesday, July 8, 2020 while surrounded by the love of his family. Dan was born on January 23, 1939, in Queens, NY and spent most of his life in Sussex County, New Jersey before moving to Dingmans Ferry in 1993. He attended Newton High School and part of the class of 1957. He proudly served in the United States Marine Corps and was a member of the Marine Corps League. He worked for over twenty-two years in law enforcement and corrections before retiring as Lieutenant from the Sussex County Sheriff’s Department in 2000. He had an avid love for the outdoors. Whether it was in the earlier years on his horse farm or in the later years on the golf course, Dan would love to spend his time outdoors. He had a great love for hunting and fishing as well as dancing, good food, and his family. Dan had many careers throughout his life making him the jack of all trades. He was an active member of his community, where he served on the board of Old Marcel Lake for many years. This includes his most recent role of President, in which he took with great honor. Dan was predeceased by his parents, Marjorie (Burrows) and Wilbur McIntyre. He is survived by his loving wife of twenty-three years, Sue, whom he lovingly called Susie and his dog, Bella. He was the proud father of and is survived by his children; Troy (Michele) of Lake Wales, FL, Tracey (Michael) Ethridge of Ocala, FL, Ashley (John) Swords of NJ, Christina (Keith) Venery of Dingmans Ferry, PA, and Jason (Michelle) Franco of NJ. He is also survived by his sisters; Betsy Hall of Hampton, NJ, Barbara Stickel of Macon GA, Sue Pierson of Hackettstown, NJ, Kathy Ousley of Merritt Island, FL, and Sarah Costin of Denver, CO. Dan leaves behind thirteen grandchildren, twelve great-grandchildren, and many nieces, nephews, and friends. Dan will be laid to rest in the Northern New Jersey Veterans Memorial Cemetery in Sparta, NJ during a private family service. Per Dan’s wishes, there will be no funeral, but a celebration of life will be arranged to follow. In lieu of flowers, please consider a donation to the Karen Ann Quinlan Center of Hope Hospice, 99 Sparta Avenue, Newton, NJ 07860. Online condolences may be made to the family on www.pinkelfuneralhome.com

Daniel B. McIntyre (a.k.a. Dan or Mac), age 81, of Dingmans Ferry, PA passed away peacefully at home on Wednesday, July 8, 2020 while surrounded by the love of his family. Dan was born on January 23, 1939, in Queens, NY and spent most of his... View Obituary & Service Information

The family of Daniel B. McIntyre created this Life Tributes page to make it easy to share your memories.

Send flowers to the McIntyre family.