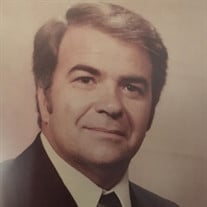 Wantage- Charles (Chappy) J. Stipo, age 75 of Wantage passed on Tuesday, February 6, 2018 at Vitas Hospice Care in Naples, Florida. Born in Englewood Hospital to the late Carmine and Margaret Stipo, he graduated from Cliffside Park High School and RCA Technical School. Chappy was a proud Marine and served from 1960-1963 during the Cuban Missile Crisis. In 1971, Chappy moved with his family to Wantage and started his own manufacturing company, High Point Precision Products in the basement of his home. Over the years, he was very successful and eventually purchased the former Rural Electric building in Sussex, where he manufactured medical dental parts. In 1999, he suffered a debilitating stroke affecting his speech and right side. For 18 years, his perseverance over his disability was felt by whomever met him. Prior to his stroke, Chappy enjoyed riding his horse, sailing and ballroom dancing. He will always be remembered for his magnetic smile. Chappy was a member of Our Lady Queen of Peace Roman Catholic Church in Branchville and a member of the Marine Corps. League. He enjoyed going to the Adler Aphasia Center group meetings in Morristown twice a month. Chappy was the husband of Marilyn (Jones) Stipo. They shared 53 years of marriage together. He is survived by his wife of 53 years, Marilyn (Jones); his daughter, Marie O’Connor and her husband Michael of Wantage; his son, Marc and his wife Betsy of Wolfboro, N.H; his sister, Laura Egan and her husband John of Toms River; will be greatly missed by his grandchildren, Brian and Katelyn O’Connor and Charlie and Zachary Stipo; and many nieces and nephews. A mass of remembrance will be celebrated on Saturday, March 10, 2018 at 11:00 a.m. at Our Lady Queen of Peace Roman Catholic Church, 209 US Highway 206, Branchville N.J. 07826. Chappy’s remains will be interred in the Northern New Jersey Veterans Cemetery in Sparta at a later date. In lieu of flowers, memorial donations may be made to Vitas Community Connection, 4980 Tamiami Trail North, Suite 102, Naples, FL 34103 and Adler Aphasia Center, 60 W. Hunter Avenue, Maywood, NJ 07607. Funeral arrangements have been entrusted to the Pinkel Funeral Home, 31 Bank Street (Route 23), Sussex, NJ 07461. Online condolences may be made to the family at www.pinkelfuneralhome.com

The family of Charles J. Stipo created this Life Tributes page to make it easy to share your memories.

Send flowers to the Stipo family.