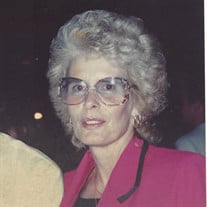 Wantage - Cassandra J. Gailums, age 72, passed away on Friday, October 14, 2016 at her residence while surrounded by her loving family. Born in Newark to the late William and Gertrude (Brummell) Smith, Cassandra grew up in Sparta before moving to Wantage. She was an LPN had been employed as a home health aide for many years and worked as a nurse's aide at Barn Hill Care Center in Newton before her employment with Karen Ann Quinlan Hospice. Cassandra was a loyal and caring friend and enjoyed spending time with her family and friends; especially her time in Lake George with her husband. She had a kind heart which showed by her willingness in helping people in need and how she cared for sick people; especially her terminally ill patients. Cassandra had a positive outlook and had something nice to say about the people that she met. She also loved all animals. Cassandra was spontaneous and had a real zest for life. She had many interests which included cutting the grass, gardening, cooking new recipes, dancing, but most of all she loved watching QVC and the Home Shopping Network. Cassandra is survived by her loving husband of 46 years, Victor Gailums; her two sons, Victor J. Gailums of Sussex and Gary Gailums and his wife Leeann of Sussex; her daughter, Diana Lepes and her husband Mike of Glen Spey, New York; her five grandchildren, Eric Lepes, Jordan Lepes, Gary Gailums, Jr., Gavin Gailums, and Kayla Gailums; her mother-in-law, Olga Gailums of Stanhope; her sister-in-law, Valentina Gailums-Szczesny and her husband Stan Szczesny of Stanhope; her brother-in-laws, Jim Gailums and his wife Jackie of Byram and George Gailums and his wife Candace of Budd Lake; and many nieces, nephews, and friends. Friends may pay their respects to the family on Sunday, October 30, 2016 from 2-6 p.m. at the American Legion Post 213, 915 State Route 23, Sussex. In lieu of flowers, the family requests that memorial donations may be made to Karen Ann Quinlan Center of Hope Hospice, 99 Sparta Avenue, Newton, NJ 07860. Private cremation services have been entrusted to the Pinkel Funeral Home, 31 Bank Street (Route 23), Sussex. Online condolences may be offered to the family at www.pinkelfuneralhome.com

Wantage - Cassandra J. Gailums, age 72, passed away on Friday, October 14, 2016 at her residence while surrounded by her loving family. Born in Newark to the late William and Gertrude (Brummell) Smith, Cassandra grew up in Sparta before moving... View Obituary & Service Information

The family of Cassandra J Gailums created this Life Tributes page to make it easy to share your memories.

Send flowers to the Gailums family.